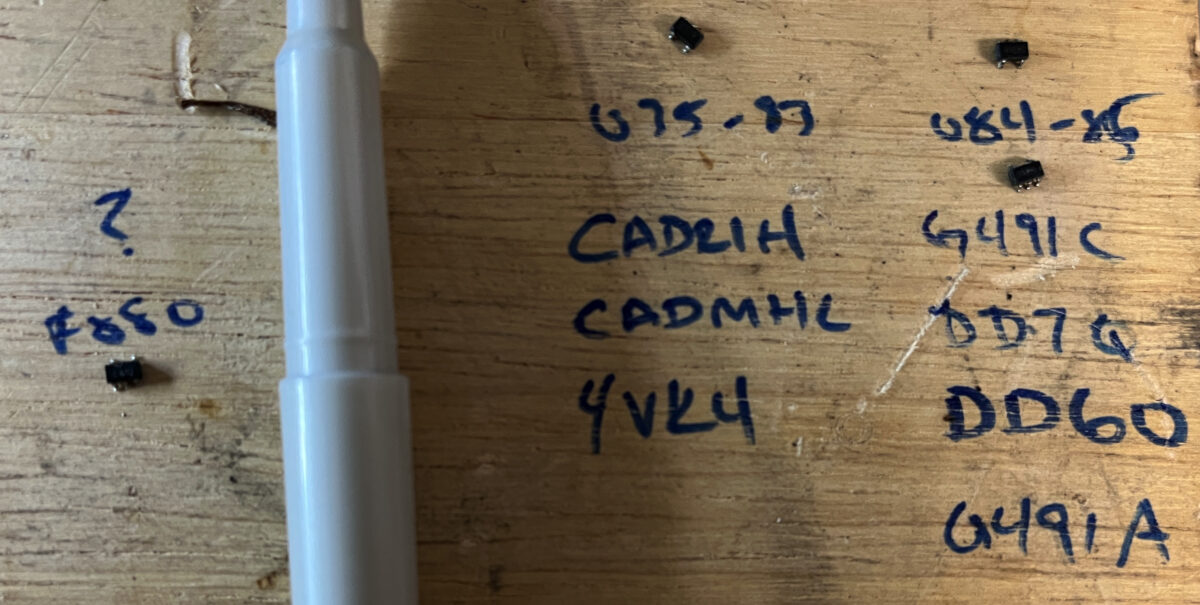 I’ve always heard the first thing that fails on an L3 hash board is the 14V boost circuit, I can say that I 100% agree with this. Of all the hash boards I’ve repaired, at least 75% have been fixed by installing an external boost circuit. Normally this problem is evident once you measure the voltage across D1 (anything less than 14V spells out a problem), however sometimes that voltage can be deceiving.

I recently worked on 3 different hash boards that came on two L3+ systems I bought off Ebay. The sellers were clear and honest about there being a bad hash board or two, so I knew what I was getting into. Two of the boards measured over 14V at D1, which normally would tell me the boost circuit was fine, however I now know it wasn’t. The other was more telling, 10V at D1, popped a boost on it and it’s been hashing away fine.

After measuring 14V at the boost I proceeded to measure all other relevant voltages on the hash board, that includes not only checking 14V, but the 10V from the buck controller (measured at L2), 12V input to the board, and the voltage across pins 2 (GND) and 5 (1.8V output) of each LDO. The first 10 domains measured correct at ~1.8V, however domains 11 and 12 came in at 1.1V and 0.5V respectively. My go to was to try and replace the LDO’s since that’s a common failure, however this time it didn’t fix them.

Note – The LDO’s at the last two domains require an LDO that takes a higher input voltage (~5V on 11 and ~4.5V on 12.) Some versions of the LDO work across a wide enough input voltage range that they can be used on all domains, however the most common (LN1134 marked usually as 4VK4) only works with the first 10 domains. This device only works up to a 3V input and will fry if you put it on the last two domains.

I plugged in the hash board, viola, it came right up and started hashing away. I went back and verified the voltages at the last two LDO’s and they both measure a clean 1.8V output. I put together a quick video to show the steps I went through:

Lesson learned, even if the boost circuit says ~14V, it doesn’t mean under load this isn’t dropping. You really can’t fully test this unless the board is actively hashing and the LDO’s are drawing current from the on-board boost. If you measure 14V but don’t get 1.8V from the last two LDO’s, consider it might be the boost circuit instead of bad LDO’s, or even both…