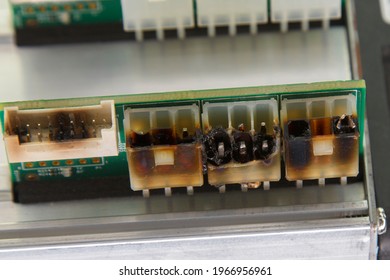 I’ve had a lot of folks hit me up with various overclock settings, and while most of them are within an acceptable range, there’s a few that really had me wondering when they would start seeing catastrophic failures. I consider this to be at a level where you far exceed the rated specifications of not only the unit as a whole, but even the individual components on the unit.

I’ll start with a disclaimer, actually more of a request, please don’t go crazy with overclocking until you understand the underlying negative effects and outright dangers. Any device you use to mine, whether it’s an ASIC or a GPU, has basic operating ranges and specifications for a reason, they’re safe, reliable, and repeatable. Once you step outside those limits you are literally taking a risk.

Update 12/27/21: I’ve had many folks ask how to measure their power draw. One solution that works very well is to install a Sense Energy Monitor on either your main electrical panel or a sub-panel that you have dedicated to your miners. This will give you real time feedback on the power (watts) used by your devices and make it easier come tax time to properly divide up your electrical bill and have the proof of the percentage you dedicate to your mining operation.

We’ll stick with the L3+ for this assessment, however many of the same lessons apply across all miners. Overclocking does more than just increasing your hash rate, to understand everything that’s going on we have to dive into some basic electrical principles.

Frequency is basically the speed at which you’re operating the ASIC (MHz). Speed it up and you’re able to complete more “tasks/hashes” in a given period (time/seconds.) That comes with a cost, and that cost is paid for mainly in power and heat. To operate at a higher frequency than stock will require more power (watts), and with more power comes more heat. Yes, there are some variables like lowering voltage but you get the gist. So when you speed up your miner you draw more current, which increases your power, and generate more heat. Pretty simple, I’ll just speed up the fans and get a bigger power supply…

I’m pretty sure that’s what they thought too…

How this applies to mining is mainly covered the green (P) section. As you can see, power (P/watts) = voltage (V) x current (I). So when you crank up the frequency on your hash boards you’ll see the wattage go up. Ohm’s law tells us if you’re not manually adjusting the voltage, then you must be increasing the current.

Now let’s run some numbers based off some data I’ve collected in a past experiment. These are all straight frequency settings, at 9.92V, with no individual chip tuning.

Note: There will be slight variations depending on the exact voltage settings you can use in certain firmware. For example, if you run the stock 384MHz but under-volt the boards (stock is 10.11V), you can safely run around 9.4V and you’ll consume less power.

This is true, most power supplies have far more power than the unit requires. But just because you have it, doesn’t mean you should use it. Those little 6 pin connectors on the hash boards (2 per L3+ hash boards) carry a current rating anywhere from 8A to 10A, depending on the manufacturer and wire size. As you can see from the examples above, anything 240W and over you are most likely out of the operating range and that equals some excess heat, which leads to browning of the connector, and the higher/longer you go leads to deformation and failure (likely as a fire.)

Now let’s bring it all together. If we backwards plan our power consumption we see that we can’t support anything over 240W per hash board safely. There’s a key number to keep in mind when you’re tuning your miners. Why, for all the reasons above, we stay within specification of the main artery that runs the hash board. Burst that and you have catastrophic failure. So have at it, pump up that frequency, but when you do, keep the wattage under close inspection. You’ll have to drop the voltages down to keep it safe.